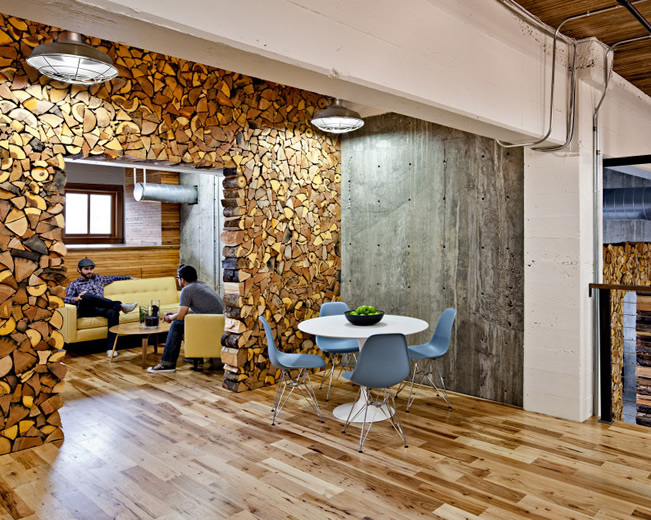 Apologies to those of you who saw us feature this on We Heart back in January, we just thought it was a good start for our ‘Studio Spotlights’ features over here…. If you’d like to see your studio featured on The Import, get in touch…. In the meantime, here’s what we said about this beautiful Portland based studio;

Working for the likes of Microsoft, Adobe, Volkswagen and Burger King… Portland, Oregon’s Parliament are clearly an accomplished creative agency, however, it looks as though they’re not too bad at turning their hand to a bit of interior design too, that’s if their new studio is anything to go by. Inspiring, clean and vintage and modern sophistication all wrapped up into one, Parliament’s “World Headquarters” – as they rather modestly refer to it as – looks to be a nigh on perfect place in which to spend your working days, and if the pool table and kitchenette are anything to go by, then maybe the odd late night too. Reclaimed wood from churches, pizza ovens and a 1904 barn are just some of the materials they’ve fashioned together in their own unique style to create tables, desks and work spaces, the highlight though has to be the marvelous stacked firewood walls that lend the space a unique lodge-like appeal that will surely be a cunning tool to encourage their lucky staff to ‘put in the hours’……