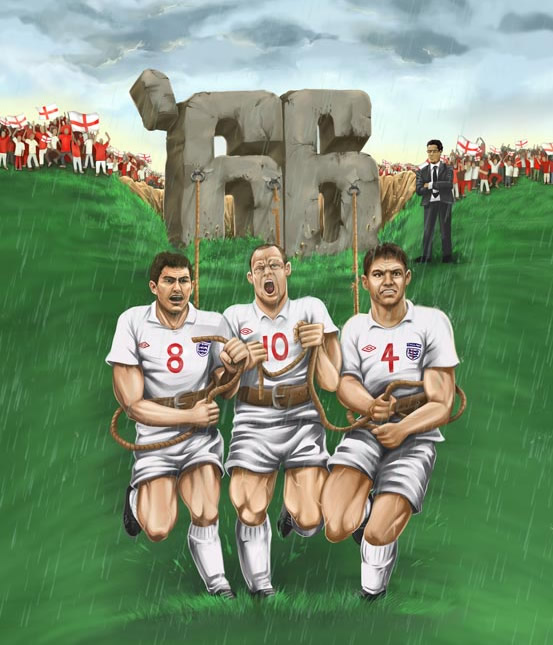 With more than a nod to national stereotypes, South African illustration, design and animation studio – Am I Collective – have produced a rather tongue-in-cheek set of murals to appear in magazines, web campaigns and billboards across US cities such as New York, Los Angeles, and Chicago. Commissioned by Wieden+Kennedy on behalf of ESPN – whose 2006 coverage came under some criticism – the murals have a typically African feel, no doubt inspired by the famous Ghanaian movie posters, and are actually rather fun…..