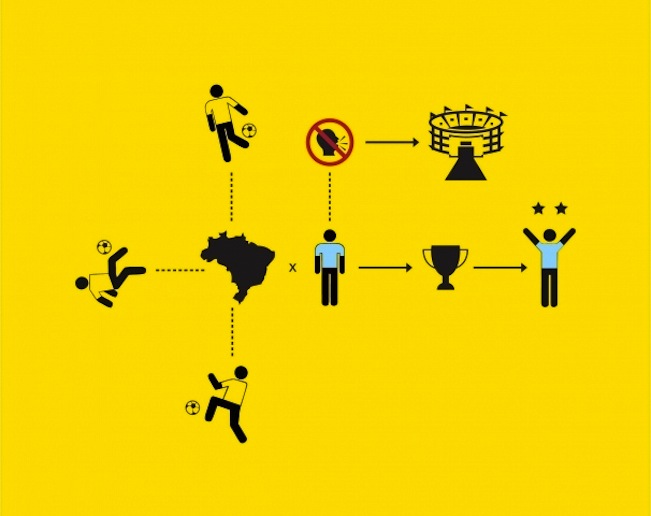 We just love these minimal ilustrations. All about World Cup finals, minimalistic style and … with a little bit of history. Check out for hidden clues! Created by André Filipe Dutra Siqueira (André Fidusi) who found love for illustration back in 2006 and since produced some great minimalistic examples. Here you go..

In 1966 World Cup was held in England. London’s Wembley Stadium and 98,000 people who crammed inside to watch. 1974 at Olympiastadion in Munich, West Germany. South Korea and Japan, with final in Yokohama. 2002